by Matt Wilson
Last Updated: 03/05/2021
This post may contain affiliate links. We receive a small commission at no cost to you when you make a purchase using our link. Learn more.

It often happens that people mix two different things because they look similar or are named similarly. People who are doing powerlifting and weightlifting often have to do a lot of explaining. They need to explain the difference between bodybuilders and crossfitters.

To tell the truth, we are dealing with some strong fellas (or galls) who lift the hell out of weights.  But some of these sports are part of the Olympic games, so they deserve to be differentiated, and that is what I am going to do in this article.

There are also many stereotypes related to the powerlifting vs weightlifting confusion going around the gym world.

One of them says that all powerlifters are fat. The others are saying that there is something in the “genes” of people from former Eastern block countries that makes them gravitate towards powerlifting, etc (it sounds plausible but it’s just a stereotype).

It is true that these two sports are very similar in one thing: they both involve lifting heavy weights.

Everything else, however, (including the historical development, lift techniques, competition regulation and institutional organisations) is completely different.

In this article, we’ll dive into subtleties of life and will try to solve the powerlifting vs weightlifting confusion.

The powerlifting competitions include the following three categories:

In each of these sequences (squat, bench press and deadlift) the athlete has three attempts, so that the powerlifter may do his or her best. In general, powerlifting is less demanding in terms of technique, as training often isn’t necessary to keep the shape.

The global governing organization of powerlifters is IPA (International Powerlifting Association). It is not an Olympic sport, but it is possible to compete in Paralympic powerlifting.

People have been competing since who knows when, but in terms of modern history, powerlifting originated in the 1950s UK and USA. The first time women were allowed to compete in an official competition was in 2000 in Australia.

Again, in each of the sequences (snatch and the clean and jerk), the weightlifter has three attempts to lift the weight (that is, six attempts in total).

Weightlifting has been a part of the Olympic sports family since the first modern Olympic games in 1896.

Sometime around the 1960s, it started losing in popularity against its less regulated and rawer version called powerlifting – which is when the confusion probably came into being.

Despite the name, the technique is much more important and precise, this activity requires more energy than powerlifting and more time and dedication in terms of training and exercise. Their global association is IWF (International Weightlifting Federation).

Getting Started With Weightlifting

One should not get discouraged by watching professionals lift impossible weights. Weightlifting, or Olympic lifting, is really a demanding athletic discipline that can give you a lifetime injury unless you are doing everything by the book.

But if you choose Olympic Weightlifting over, say, bodybuilding and powerlifting, how do you enter this realm in the first place? You have to be dedicated and patient, but don’t worry, it will pay off when your body starts turning into a strength machine!

You need to take this sport seriously. Every athlete knows that a muscle needs time to develop. Also, a good diet and a good rest are necessary for an athlete to become truly strong.

Weightlifting, like any sport, should be more of a lifestyle than just a means to get some cool muscle mass.

Do a little research and find yourself a good coach, whose expertise will help you use your hours at the gym efficiently.

Before starting the full strength training, you want to prepare your muscles. Movements and exercises are what gives you strength, and warm-up is what decreases fatigue [1].

Your coach will certainly know some warm-up exercises you can do to warm up before you start with the strength training.

Some simple movements may be just what you need, like several push-ups, planks, squats, or a short walk.

It is crucial to understand that you are not beginning this adventure with a barbell – you work your way to it. So before weight lifting, there needs to be some strength building – it may be done with simple resistance bands, kettlebells, dumbbells or similar [2].

Once the training gives you the feeling of power in your muscles, you’ll know that the day has come for the bar and weights exercises (just be sure to load the weight gradually!).

The secret is to gently push your limits. In order to do that, you’ll have to know where they are. Adjust your exercise to your abilities.

We don’t think much about it, but resting your muscles properly and regularly throughout fitness exercises is crucial for building strength.

Our bodies need to rest, otherwise, muscles will be worn out and we will risk exhaustion, which only leads to further weakening and more time to recover.

Stretch Your Muscles After the Workout

Anyone who is in fitness long enough will tell you how important stretching is for strength training. The muscle mass consists of tiny tissue fibres, and our organism tends to make new ones when old ones are torn.

Stretching lengthens the worn-out fibres and provokes the body to invest in new cells. Stretching helps your muscles to renew themselves, which in turn enables the lifter to grow in strength.

Again, this is something that a muscle needs regardless of which discipline you choose – powerlifting, Olympic lifting, bodybuilding, Crossfit or something else. The difference between the disciplines might exist, but there is no difference in how the muscle works.

What Kind of Muscles Are You Building With Powerlifting?

Let’s do some fun science here. It is known that there are two types of muscle fibres:

Therefore, the difference is in the time and effort required.

Naturally, if the body is exposed to supporting heavy loads in short sequences of time, it will grow type II fibres like crazy. That is how you get the images you see when you type “powerlifter” in your search engine.

A study from the College of Health & Social Sciences in California showed that an elite powerlifter had more fast-twitch muscle fibre than a rhino [3]!

The Tempo of the Lifts

It is also proven that changing the tempo of movements improves stability and strength. However, there is an ongoing discussion. The question is whether fast movements contribute to faster fat burning (that is probably not true).

For beginners who are still developing their musculature, it is suggested to start with slower lowering, but quicker lift. Later on, variations can be made.

Now that we went through some basic differences between weightlifting and powerlifting, you might want to check out the following few related issues.

What is the Best Weight Training for You?

The answer to that depends only on your needs and goals. Do you want to bulk up your musculature? Or would you prefer some strength? Or you think shedding some extra fat is what you want? Or some of these combined?

It is possible that the most important piece of fitness advice in the world is:

For future lifters among you, we went through some major benefits of powerlifting and weightlifting.

What Are the Benefits of Powerlifting?

Above all, powerlifting is proven to build overall strength of the body, (in muscles and bones particularly). Apart from that, it slows down aging, as it keeps the body active. Also, in terms of mental health, it boosts your confidence, patience and dedication.

Also, the opportunity to be a member of a powerlifting community is a great chance for socializing with people.

What Are the Benefits of Weightlifting?

The positive effects of weightlifting are quite similar: Olympic lifting will increase your strength, modify body posture, boost up your immune system, burn some fat and help with insulin resistance. Who knew that lifting weights could be so helpful?

Weightlifting or Powerlifting, Which Is Better?

This dilemma will probably never be resolved, as it is about two amazing forms of weight training. Each of them has its own charm and benefits.

If you decide to lift some heavy loads of weight in order to test your limits, then weightlifting and powerlifting are both good choices.

However, if you wish to master the skill and have competition aspirations, then perhaps weightlifting offers more opportunities for you. On the other hand, if you gravitate more towards bodybuilding, and just wish to do some lift with your muscles, go for powerlifting.

After reading this article you probably understand powerlifting and weightlifting consist of pretty much similar training – it’s all about power loaded movements and lifting weights.

Bodybuilding and crossfit are really close relatives of powerlifting and weightlifting.

However, if after reading this article you also remember the difference, then this makes you an informed person about these issues. By informing each other, we make life much easier for powerlifters, weightlifters and bodybuilding people in general.

This is a major difference compared to, say, the powerlifters or bodybuilding competitions, where these sequences don’t exist at all. 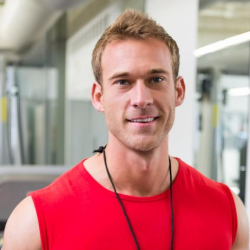 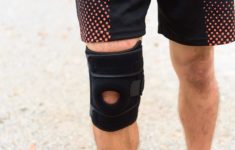 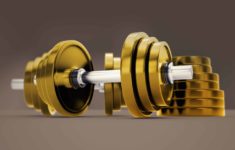 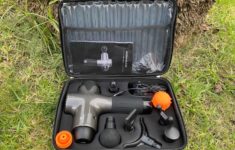 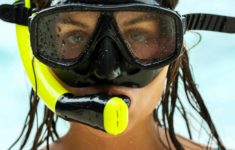 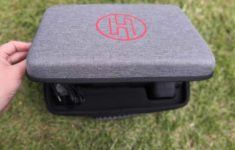 Fintys is an independent Australian media publication. We provide resources and product comparsion information on fitness and nutrition. Fintys does not provide medical advice, diagnosis, or treatment.